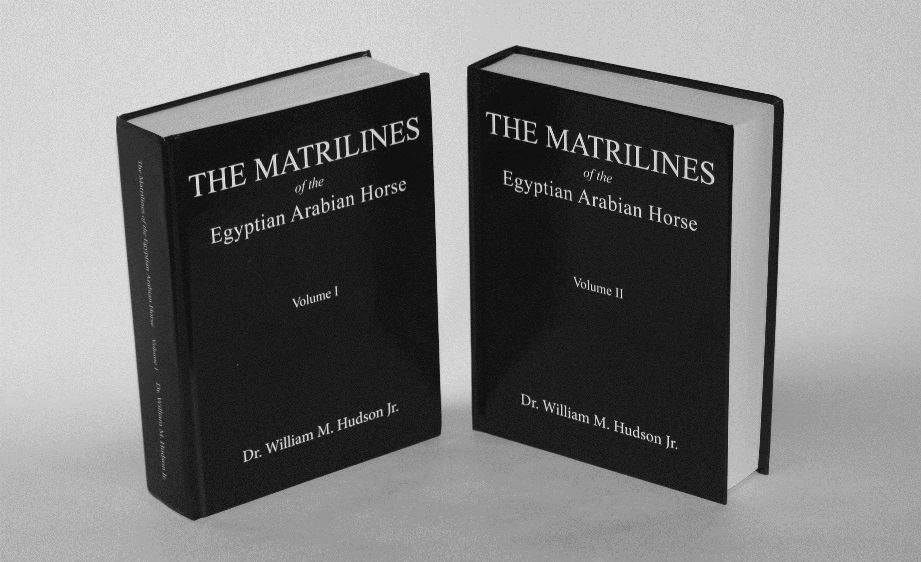 After 10 years of research and production, this two volume book, over 1500 pages in full color, is now available. It contains scientific data on the genetic identity of the female founders of the Egyptian Arabian horse. It also contains detailed analysis and genetic investigations of mitochondrial DNA identity of Polish, Russian, and English Thoroughbred horses. Until now the identity and ancestry of these horses has been a murky tale, widely and inconclusively debated. Much has been written on the subject, but always based on the written record and personal opinions, both prone to errors. Now scientific methods are able to provide incontrovertible evidence which the breeder of Arabian horses will find useful in identifying their horses’ true matrilines. This information is essential in planned Arab horse breeding. The facts can now be revealed. What is a purebred Arabian horse? What is not a purebred Arabian horse? Guesswork is no longer needed.

This book has been written to present the author’s original genetic research into the matrilineal identity of the matrilines of the Egyptian Arabian horse. The resulting study was published in the peer reviewed journal PLOSONE. Its appearance has generated considerable interest from scientists around the world. Dr. Hudson collected blood samples from over 130 Egyptian Arabian horses from North America, Europe, and Australia, and mitochondrial DNA was performed. The data revealed surprising results, facts that clarify the generally accepted ancestry of many of the horses. In addition the book presents DNA results previously published, emphasizing the errors and mistakes of the pedigrees of Polish, American-bred, and Russian Arab horses. Previously unknown breeding documents from the earliest days of breeding Arab horses sourced from the Arabian Desert are revealed for the first time. The contents of this book reveal surprising facts about the origins of the breed. For the beginners to Arab breeding, the book explains the meaning of the vexing multitude of horses known generally as “Arabian”. The implications of the results are examined in detail.